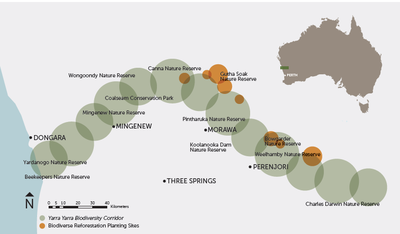 Located in one 1 of 35 globally significant biodiversity hotspots, the Yarra Yarra Biodiversity Corridor is the largest biodiverse reforestation carbon ‘sink’ in Australia.

More than 90% of the area has been cleared for agriculture.

We have planted over 30 million mixed native species across 14,000 hectares. 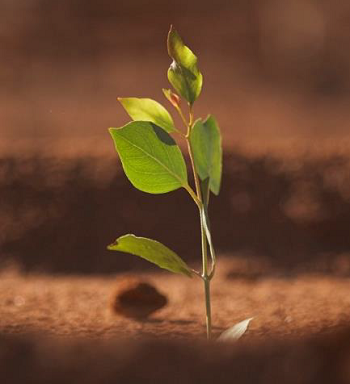 As one of few carbon farming organisations actively involved in biodiverse revegetation, Carbon Neutral aims to demonstrate ‘proof of concept’ in the establishment, registration, and commercial sale of saltland restoration carbon offsets. This will be achieved by establishing a pilot project to:

PROJECT PARTNERS
CARBON NEUTRAL
CARBON NEUTRAL is a profit-for-purpose carbon solutions provider and carbon project developer, motivated by the goal of reducing carbon emissions to promote a climate-friendly future.
Carbon Neutral acknowledges the Traditional Owners throughout Australia and their continuing connection to the land, water and community.